A Scientific Report on the Forest of Pictou County, Nova Scotia, Canada
by Diana Beresford-Kroeger 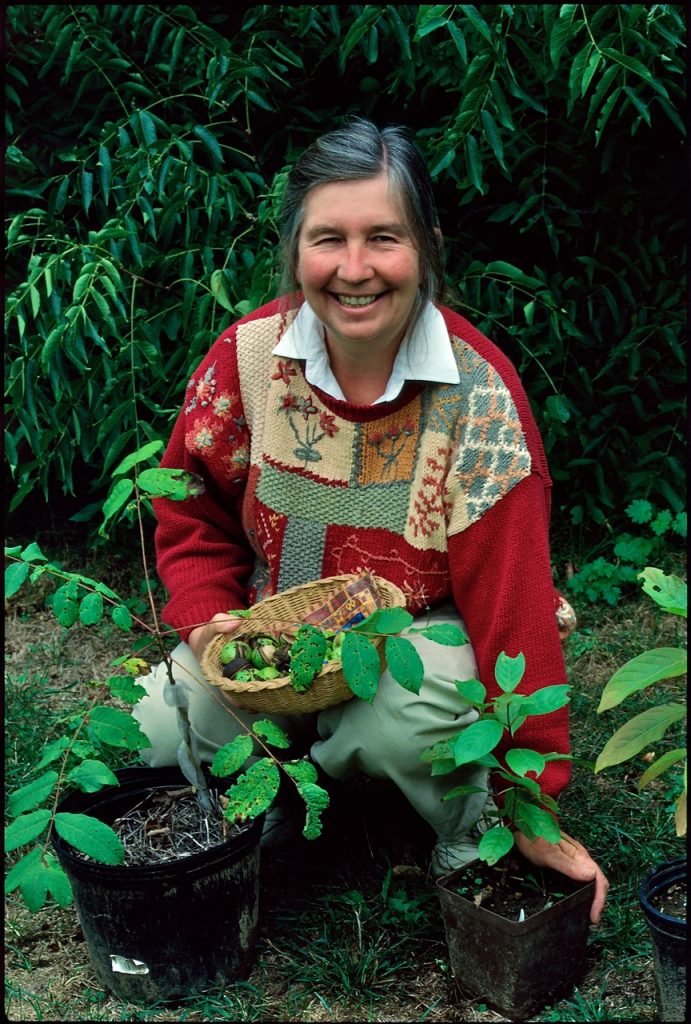 A multi-national corporation bought 500,000 acres of Nova Scotia in 2006. This sale included a series of parcels amounting to a total of 313 acres near Scotsburn, Pictou County. This is just a portion of what amounts to an extremely important forest system in maritime Canada.

This Scotsburn Forest is vital to fishermen, foresters and farmers, to biodiversity, to freshwater purity, to oxygenation, to carbon dioxide sequestration, to mycelial carbon transfer and storage, to atmospheric aerosol production, to air particulate reduction of airborne pollution particularly in the region of 2.5 microns, to the maintenance of the health of the youth of the region and the aged and to the reduction of asthma and allergies.

The Scotsburn Forest is home to a considerable avian population and is a staging ground for their migrations. Each forest specie controls a biodiversity of at least forty insects for its own welfare. And finally, the fresh water of the Scotsburn spring system as it meets the salt water of the Northumberland Strait produces sea growth of the Chlorophyta and Rhodophyta orders. These, in turn feed the mammals and fish of the sea including the Great Whales and their calves.

Perhaps it is the geography itself of the Scotsburn forest that makes this Acadian forest so interesting. The land rises sharply to angles that are greater than 45 degrees to a level platform. This land was the ‘Meguma terrane’ which was part of ancient proto-Africa and is filled with deeply indented fossils of unusual, unstudied creatures and plants. The rise of the 175 meter contours initiates the rills and streams. These run on rocks pooling into long gravel beds. These are the spawning grounds of the Atlantic salmon. This oxygenated, clean, aseptic water is the switch that activates the salmon’s normal change so necessary for their journey to the salt of the sea. The trees breathe the memory of a chemistry into the water necessary for their safe return.

The forest itself is unusual if not remarkable. It is composed of hemlock, Tsuga canadensis and yellow birch, Betula lutea. There is a generous growth of especially foliose lichens on these trees. In some cases six individual species can be found living together in unison on the same bark. This is an indication of the purity of the air of this forest. The contour platforms hold the greatest surprise for the botanist and archeological ecologist. Remnants of virgin forest remains are to be seen as circular stool mounds, some over 10 meters in circumference. These represent the sites where the ancient hemlocks once stood. Some mounds hold next generational trees as representatives of what was once there. These evergreens are living genetic libraries. Both they and the birch populations are regenerating with great health unlike other eastern populations and their western counterparts, the Western and Mountain hemlocks, T. heterophylla and T. mertensiana.

Health in the yellow birch, B. lutea, is becoming a matter of concern in other parts of Canada and the U.S. This tree is not propagating itself as it should. Thus to find healthy, vital trees in the Scotsburn forest is a matter of some rejoicing. No disease was noted. Both young and mature trees were growing in synchronicity with the mature hemlocks. Many were to be found edging their way near to the water which courses throughout this forest.

The seed of these second generation mature hemlocks carries a value that reaches beyond the Scotsburn forest. Each seed produced holds on to its winged bract for airborne dispersal in such a way that the winds will disperse it far and wide. The food in the embryo is a form of foundation food; it is pinolenic acid and is a nutrient supplement that increases the fat storage of all creatures eating such food. This in turn, provides success in either egg laying or offspring of every kind. Such a pyramid of health is a life support system to all of nature.

The alpha-pinene released from the hemlock is the basis of this tree being used as a medicinal tree since ancient times by the aboriginal people. Fresh green needles and boughs were steam distilled to treat rheumatism and sprains and swellings. On the other hand, the yellow birch, B. lutea, was used to relieve the sharp pain of burns and scalds. In addition to being an analgesic, B. lutea was an important anti-clotting agent and offered protection from urinary tract infections. All of these biochemicals are released into the forest atmosphere as active aerosols. They make their way as a healing and healthy plume into places like the City of Halifax, improving the standard of health by cleansing the air.

The forest floor of the Scotsburn forest has a plentiful supply of Dryopeteris, Asplenium and Ploypodium ferns. These are interspersed with three Lycopods, one Lycopodium annotinum and the less common L. digitatum. L. lucidulum, the shining club moss was found nearer the streams in good numbers. The Scotsburn forest has a long finger of health that reaches out into the life of the lobster, the salmon and shellfish of the John’s River and Northumberland Strait. In itself, it is a special place, one that will not necessarily return if cut.

Climate change has come to the doorsteps of the planet in part because of the practice of cutting down global forests. Forests are the green machines that trade a universal carbon in nature. The forest is a living carbon cathedral. We did not understand the science of all these interconnections before. We do now. The Scotsburn forest represents the real riches of a solvent universe to Nova Scotia.

Diana Beresford-Kroeger was raised in Ireland and now lives outside Ottawa. She has studied classical botany, medical biochemistry, organic andradionuclear chemistry, and experimental surgery in Ireland, the USA and Canada. Her scientific publications appear in journals such as, The American Heart Journal, The Canadian Heart Journal, The Journal of Microscopy, and others. She has lectured at University College Cork (Ireland) and at Carleton University and received a fellowship at the University of Connecticut, and worked as a research scientist at the Canadian Department of Agriculture and the University of Ottawa School of Medicine, as well as the aforementioned institutions. In 2010, she was elected a Wings Fellow by Wings World Quest for her scientific research and discovery.

Diana has frequently contributed to, written for, and hosted programs for radio and television in Canada, Europe, Israel and the USA. The television documentary series, “Recreating Eden”, first aired “The Renegade Scientist” about her life and her research garden in 2008. This has now been distributed worldwide. In 2005, the Canadian Broadcasting Corporation’s flagship program, “Ideas” aired “The Ideas of Diana Beresford-Kroeger”. She has also appeared on the National Public Radio (NPR) program, “Living on Earth” and other programs in the USA and Canada. She has regularly published articles in an array of popular journals, magazines and newspapers in North America and Europe.

Her charitable work includes raising considerable funds for the 1999 Nobel Prize winning group, Medecins sans Frontiers, The Shepherds of Good Hope Shelter, the Canadian National Institute for the Blind, St. Mary’s Home and many horticultural societies, arboreta, and libraries. She is the author of several books including “A Garden for Life” (2004) (originally published as “Bioplanning a North Temperate Garden”, 1999), “Arboretum America: A Philosophy of the Forest” (2003), “Time Will Tell” (2004) – a collection of short stories, “The Global Forest” (2010) – forty essays, and “Arboretum Borealis – A Lifeline of the Planet” (2010) – the sister book to “Arboretum America,” about the great northern forests and their importance in the global eco system. Her current works include “Nellie” – a novel set in early 20th century Ireland and a new work of non-fiction. She has also written a number of other works of fiction including a novel – “The Terrace”, three mysteries and over two hundred short works, some of which have been aired on radio and have been performed live for the public. Her book, “Arboretum America,” won the American National Arbour Day Foundation Media Award in 2005, for an exemplary educational work on trees and forests. She continues to write and conduct research in her extensive private gardens at Merrickville.